So I thought I’d do a little inside knowledge / behind the shot post. I’ve taken a shot from this weeks mens fashion soot and I’m going to go through the thought process / direction given on set to achieve the final image. Ignoring lighting, cameras, settings, all the technical stuff, this is plain and simple “getting the shot” once all the other stuff is done.

I do get a number of folk asking about this kind of thing, I guess it’s one of the parts that you can’t learn from just looking at a final image, you need to live the experience and moment to know “how” it went down. So here’s a sequence of image of Jamie, a new face from J’adore Model Agency in Manchester. Hair by Laura & Ria Kulik at The Hair Bank, grooming by Laura Gibb MUA and wardrobe styling by the rather gifted Paula McNamara.

Contact sheet of photographs from a menswear fashion shoot. Homme

What you see is the actual progression of the images from this section of the shoot. Nothing taken out or cropped etc. this is exactly how and what I shot. The final shot used is the one circled in blue, the others marked are the “got it” shots, the ones where I felt I got what it was I wanted.

So you’ll see the first idea was a full profile with the hands up in front of the face, I explain the “starting point” pose and get the first shot. From here I wanted a little more going on in the space in between Jamie and his arms so asked him to pick up the pendant around his neck and use that. You’ll see the pendant then drops to a perfect position to mirror his arms. This is close but I want to see more of his face, “Head to me Jamie” head turns to me and we are super close. He instinctively dropped his chin”Stronger eyes” BANG! Nailed it. Now the transition without missing a beat the energy is good and I know we’re golden right now. “Bite the pendant” his arm is out of frame, “Bring the right arm back” arms look messy, “switch hands” close, “Give it the bad boy rock star treatment” almost, “Head to me more” Slight zoom to crop “Attitude!” BANG. “Okay take a quick breather everyone, Jamie shake it out and let’s move into the next shot sequence”.

Here I’ll have a quick check on the monitor to confirm my feelings that we got it, quick sip of water/coffee and get moving on to our next shot.

How long did that take from the first to the last shot? Well I checked the EXIF data and shot one is timestamped 14:17:30 and the last shot is 14:18:58. So a minute and a half…. Like I say when it’s golden you go with the energy that flows. Also what that doesn’t tell you is it took me 2 hours to set up the studio, hair / make-up / wardrobe about the same. Plus the behind the scenes chat and build up, it’s not just a matter of the model stepping in front of the camera and this happening, we’ve already met, had a chat, had a giggle or whatever. The connection has already been worked on so that by the time it comes to us working here the flow is easy and natural. Not to mention our other 6 models

So there you go, I won’t pretend it’s easy because it takes hustle and experience to get to this point but it may act as a little insight into how shoots go down for me and what the interaction can be like. It gets to a point where for me it’s instinctive, I don’t stop everything and think about how I’m going to make it perfect in one shot. I set it up close and then let things fall into place organically. For me it works. 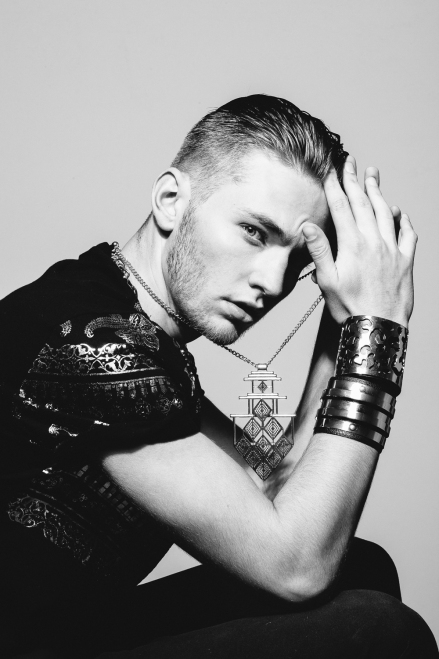 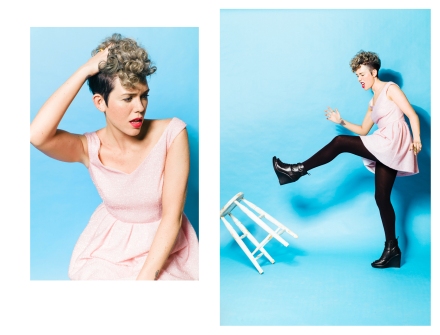 Grace is one cool customer when it comes to playing the part we create for her. This time was no exception, with her look and my kind of style we decided that we’d create a piece full of emotion and rage juxtaposed against the “pretty” fashions of Spring / early Summer. Simple styling, fresh colourful make-up, bright & punchy lighting. Something like if the Gap did a collaboration with Motley Crue……..

Shooting beauty work is a different set of challenges compared to say editorial or straight fashion portraits. With beauty, precision is key, perfection is the aim. Everything takes a lot longer, make-up prep, lighting set-up, time per shot, post production. For comparison a 2 hour portfolio development shoot can easily net four outfits and a whole bunch of different shots for a model. Whereas a two hour beauty session is one look and probably one final image.
It’s all about flawless skin and perfect make-up.
Here are a couple of fresh images from a shoot a couple of weeks ago. Here I was working with Thembi Mkandla makeup artist, using product from MAC and Armani. Our model for the day was Anna of Boss Model Management. 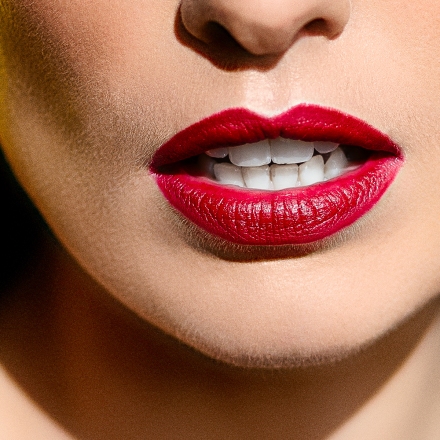 I actually make photographs everyday, it’s what allows me to be me, it’s my way of understanding not only myself but also the world around me. It’s my escape whilst also being my connection. It’s not all art, not all beautiful, hell most isn’t even interesting but these are moments, scenes and fragments I see that fire something inside my brain telling me it’s worth a photograph. Maybe I won’t use it today, maybe not even next month but perhaps in the larger scheme of things each image I take is a sketch from which I can learn.
Plus these little excursions into life sometimes come as a handy escape from retouching images & doing the accounts, along with a number of the other less “rock n roll” aspects of business as a fashion photographer.
So enjoy these, or don’t, I honestly don’t care too much. These are my moments and this is my blog, my place where I can put whatever pictures up on the walls that I like. 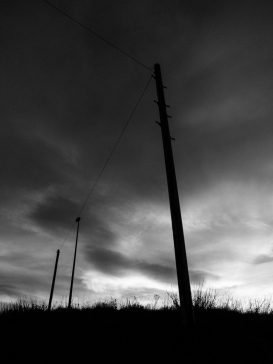 Simple as that, two days, three faces for me to meet this week. 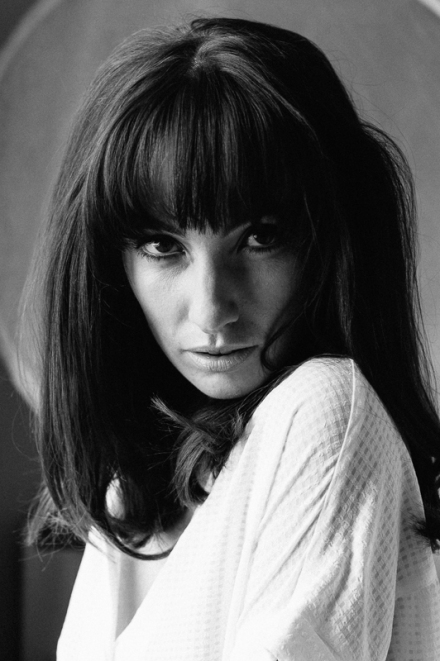 Tuesday saw me working with A-Models and Meg Lindow MUA. Here I had the luck to work in some beautiful light with Logan and Sophia.

Then after a rather late night call up Wednesday saw me working with Boss Models Anna Caradice-French and the always charming Thembi Mkandla MUA. Again spoilt by glorious light.

All three of these photographs used natural light, just goes to show the diversity of what can be achieved with minimal equipment.

That’s it, about as simple as you can get. My kind of shoots these.

A few months back Photography Monthly expressed an interest in featuring my Triptychs project, after a little of back and forth we finally came up with this interview. It’s always a bit odd doing these kind of things but enjoyable at the same time, so for those who want to see the piece here you are. 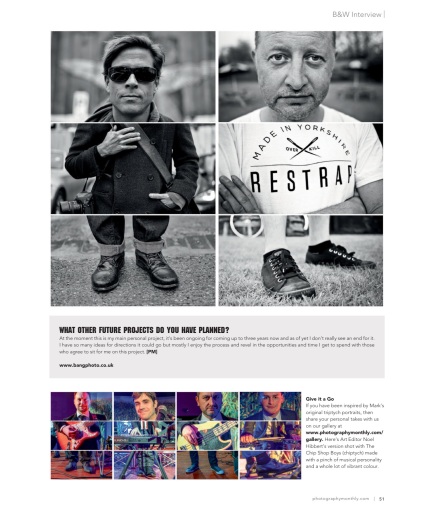 So I can finally share this piece with you after the exclusivity agreement has lapsed.

This was shot last year with a super strong team made up primarily from boss models, exclusively for the fresh up coming indy mag the quarterly. These guys are a super supportive crew, trying a new method of running a magazine. Basically the general theme is agreed upon and then the creatives are allowed free reign within that to create ideas for submissions. The passion and ethos behind the magazine isn’t going unnoticed by the “establishment” either, with shout outs and features from the likes of bjp & creative review, smashing kickstarter campaigns and winning design awards. It was an honour to create something for these guys.

So to the piece; 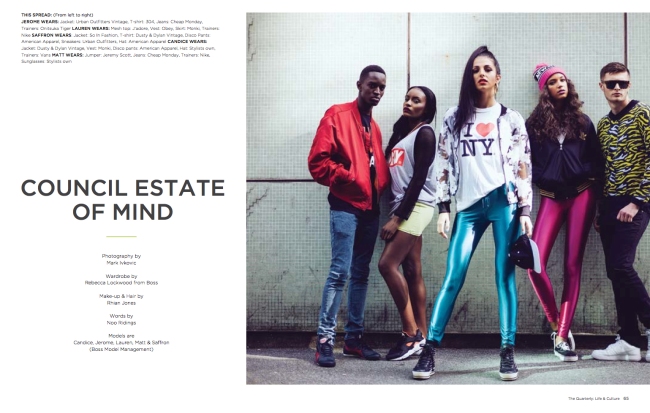 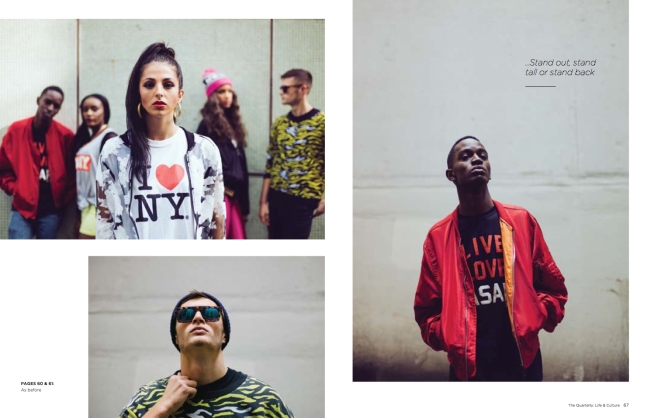 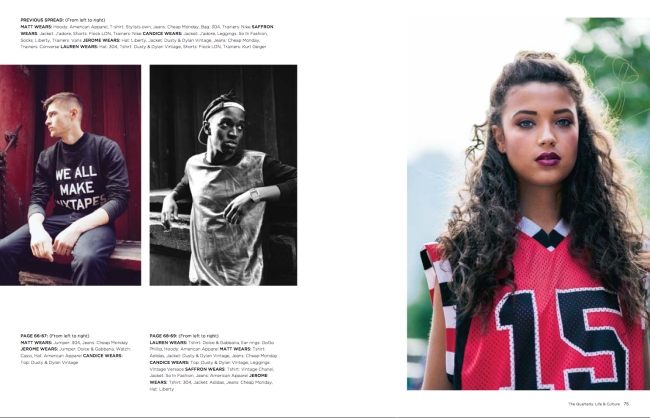 Apparently in the Chinese language, the coinage of the characters Shoot, Shadow, and Master form the word Photographer. Light is what will make or break a photograph. So what the bloody hell is Chiaroscuro? well photography hasn’t really been around … Continue reading →

Late Winter, that time of year where I spend a little too much time in my head. Time considering where to head this year, how to create something different, projects I want to work on and others I really want to drop. Time to think about business and time to think about my creative process. Usually around this time of year I end up considering the tools I use and whether it’s time for a new piece of equipment or time to simplify everything. I seem most connected with my M9 50mm combination, there are other cameras I really want to love that way but they simply don’t do it for me. Trust me I’ve tried. Simplify then ??

I’m drawn to the beauty of the imperfect, the delicate tiny flaws, the nuanced variations. I’ve been told to go shoot with my heart and everything will start falling into place.
All I can say is I’m trying, I still have some bridges to burn as such but I’m trying.

The photographs with this post are some that I feel are starting towards my appreciation of the imperfect reality in the moments of fiction we create on set. 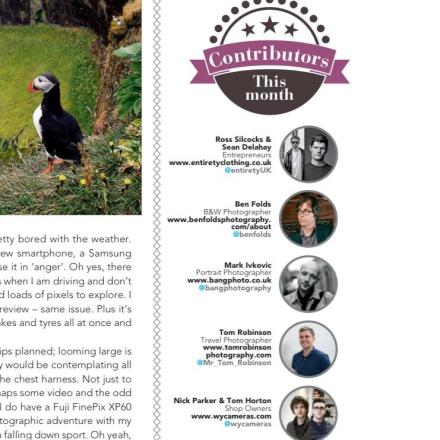 Just a quick note to let you know I’m one of the contributors for the March issue of Photography Monthly. So if you want to read a little interview and listen to me bash current photography trends then go check it out (well it’s out this coming Wednesday). Also love that Ben Folds is right there with me, to me that’s awesome.